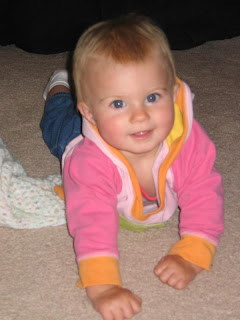 Hooboy, there’s a lot to say about the elder son which is interesting since most people that teach on this parable usually ignore His presence. The Rabbis have a saying “God does not waste ink.” In other words, if it’s in the Bible it’s important and in there for a reason! In the same fashion -Jesus didn’t waste His breath! If He said, He said it for a reason.

Culturally speaking the elder son is incredibly vocal in his absence until the end of the parable. In a culture where shame is worse than death, in every conflict that occurs there must be a third party to help settle the agreement. Otherwise one of the two in the conflict would have to concede to the other thus bringing shame on themselves. In the case of the parable the youngest son brought shame on the family by his request. To make sure his father and his brother both keep some honor in the situation it would be the responsibility of the eldest son to be the 3rd person mediator in the situation. And yet, he does nothing just allows his dad to concede and his brother to leave. That speaks volumes about the eldest son’s relationship with his father and his brother.

The eldest boy is also absent in the reconciliation scene between his brother and his father. He’s working in the field, and he comes home to find a party going on and loses it. Why? Well, from this son’s perspective first of all everything in the home is now his. Jesus stated that the “father divided his inheritance between the two sons.” So, technically speaking all the food and drinks and entertainment are being provided by the eldest son. (this can still happen today in the middle east where the father will give his eldest son his inheritance but retain the right to say how it is to be used – that appears to be the situation here. The father was totally within his rights to throw the party) Secondly, the father could have called in his eldest boy and asked his opinion on whether or not to allow the youngest son back into the family. Which the father definitely did not do. Whatever the reasons are – this boy is madder than mad and he lets it out by giving his father an incredibly huge public insult.

One way to show your guests that they are honored by your family is to have your eldest son be the head waiter. In other words stating to the guests “we so honor your presence in our home that even our family will wait on you.” Now, the eldest son is able to eat and drink and join in the conversation unlike the other waiters but he still is suppose to wait on the guests. At the VERY LEAST the eldest boy needs to go in, greet the guests, thank them for coming, and then he can leave. This boy does neither. He simply sits outside and steams. This is a HUGE insult, even worse than what the youngest son did bc it’s public.

The father needs to deal with this insult. He cannot ignore what his son has done otherwise the next insult will be worse. He has two options. He can either command that his son be brought in and disciplined in front of him for his lack of respect. Or, he can ignore his son till his guests go home and then have him disciplined. But, what does this father do?

Again, the father pays the price of reconciliation and puts it on himself. For the second time that day the father humbles himself and reaches out this time to restore the relationship with his eldest son by going out to plead with him. The father doesn’t ignore the breach, but he deals with his son in love. The father loves both sons equally and fights hard to restore the relationship with both.

This is one amazing father isn’t he. Beginning to be reminded of anyone 🙂