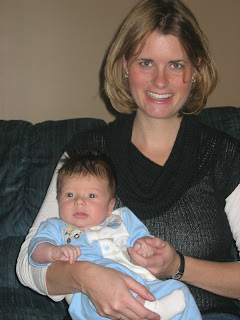 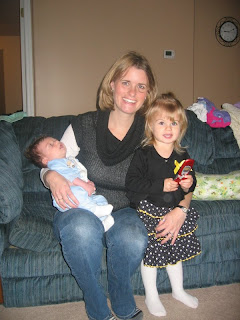 Me and the kiddos one Sunday morning before I got my hair cut 🙂 My grandma bought the dress for Rina. Too cute!!

————————————-
There are a lot of “nice” people in the world today. Some are believers and some honestly aren’t. There are a lot of “good” people in the world today. Again, some are believers and some definitely aren’t. Now, as people in a Covenantal relationship with the Lord God we’re not suppose to be just nice or good but holy people. So, how does a holy person look different than a nice person?
Here are some differences I thought of-

When selling a car – these are tough economic times can and you help a fellow citizen out by writing down a different price so the buyer pays less on taxes. Now, a nice person may say “sure, I’m always willing to help people out.” BUT, the believer walking in holiness says “I understand exactly what you mean and I wish I could help you out. But I have chosen to walk with honesty and integrity before my God and the government may never know but God would know that I was dishonest, so sorry I can’t.”

When praised at work – a good person may say “you know, thanks, it’s a pleasure to work for this company. I’m just doing my best.” BUT, a person walking in holiness might say “you know, thank you so much. I appreciate that bc I am trying do everything that I do to glory of God and working as if He was my boss. So, praise the Lord.”

A co-worker starts to gripe about another employee – a nice person may say “I understand, that would be so frustrating!” or even just remain quiet and listen(I did that one all too often). A person walking in holiness may say “you know, I understand you’re frustrated but I don’t think I’m the one you should be talking to about this. If it’s an honest complaint our boss is the one that needs to hear this. Plus, like Jesus said I’m trying to treat others the way I would want to be treated and I wouldn’t appreciate having someone talk like this behind my back so I’m not going to talk about others like this behind their backs.”

A dirty joke is told – a nice person may be uncomfortable but laughs to make the person who told the joke not feel offended. The person walking in holiness wouldn’t laugh and maybe would have walked away when he realized the joke was going to get dirty.

Interestingly, a person walking in holiness may not always come across as “nice.” But as Paul says in Galatians 1:10 “am I trying to win the approval of men, or of God?…” And when it comes down to it, I’d rather have people say about me ‘there was something different about her’ rather than ‘she was a nice girl.’