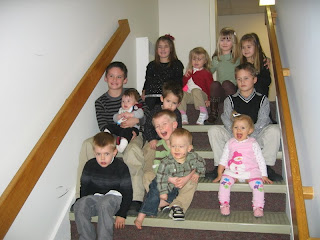 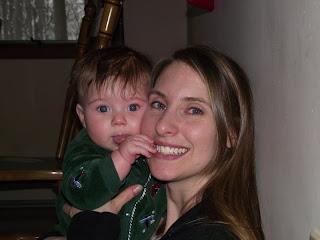 “It’s not the years it’s the miles.” Indiana Jones in the first movie (Raiders of the Lost Ark). I know exactly what he means. I feel like I’ve already lived a year this past month.

A huge part of it has definitely been my grandpa’s death. Granted he was 91 and in relatively good health until his death, he died in his sleep, and is now in heaven with Jesus, his family and his beloved wife (my grandma who died 7 years ago). What was difficult about the whole thing was his remarriage 5 years ago to someone who, well, um, was not a nice person in many ways. Their have been many painful moments these past few years with my grandpa (who thought she was wonderful and could do no wrong) and it continued through his funeral and beyond. How do you deal with anger at a person who’s gone????
Added to that is a trip to Detroit for a funeral, Rina’s broken arm- the cast will be coming off Monday and she should be ok (please Lord). Then I got the flu right before Bryan left on a work trip. While he was gone Rina came down with the flu and is now suffering pink eye. How in the world do you get a 2 year old to leave her eyes alone and not touch her brother???????? Not to mention just basic life issues and struggles.
Granted none of these things are life and death but when all this happens within a 3 week time period it feels a little overwhelming to be honest. It’s hard to believe 2011 has only just begun. It feels to me like it’s been going on for a very long time.
But, in the midst of this there have definitely been unexpected blessings. Seeing family at the funeral I haven’t seen for several years. Roni and the kids coming home for the funeral for 2 whole weeks (!!!!!!) Being with family when Rina was sick so I could have help. Both sisters coming over and helping me organize and clean (thank you!!!) And even knowing that we are finally done dealing with my grandpa over this whole issue is a relief.
I’m thankful Jesus acknowledged that life is difficult “Therefore, do not worry about tomorrow for tomorrow will worry about itself. Each day has enough trouble of its own.” Matt 6:34