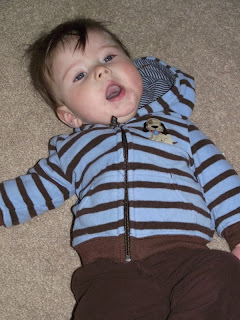 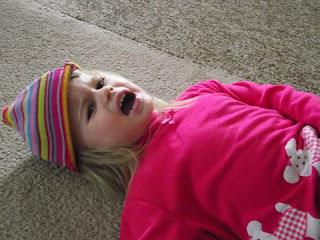 Notice any similarities 🙂 I think Micah was just yawning but Rina was fussing on me. Don’t remember why… My little drama queen. I don’t know where she gets it from?? 😉 (shush Roni and Jenna)

Micah has his 6 mos check up coming up. Wow, my little boy is 6 mos and getting SOO big! He’s eating cereal 2x a day and soon we’ll start him on food. He can nurse every two hours at times. He’s also in a crib in his own room. Not really liking that change but slowly we’re all getting acclimated to it.
—————————————–
Some interesting things from the book of Jonah.
Jonah – the “antiprophet” as Bry calls him, disobeys the Word of the Lord and runs “down” to Joppa to get in to a ship with pagan sailors to set sail for Tarshish. Best guess today is that Tarshish is in modern day Spain. Incredibly far distance – over 100 ports they’d have to stop at to make the journey!!!!!!! I think thousands of miles by boat! Yes, this man REALLY wanted to disobey.
In the Hebrew the text says “Jonah paid HER fare.” meaning the boat. Well, does that mean he bought the boat or just paid to get on the boat? Some Rabbis throughout the centuries believe Jonah actually bought the boat specifically to have it sail to Tarshish and to do so he would have had to sell his house, his land, everything! A one way trip was potentially all this prophet was thinking of.
Did you ever notice – Jonah tries to run from God on the sea but acknowledges later his God is God over the “land and sea.” The amount of times the word “hurl” and “great” are used (might need to get on Biblegateway.com and read in the ESV version to see this – literal translation) Who hurls what? What is described as great? What about Jonah’s position as he is going away from God? (hint, Jonah goes …. to Joppa) In chapter 2 how well Jonah describes his drowning. The seaweed around his head, the roots of the mtns… apparently the “great” fish didn’t rescue Jonah right away. God let him struggle and go down for awhile…
The pagan sailors have more mercy on Jonah than he has on them. They struggle and try to do everything possible to not “hurl” him in to the sea but to no avail. Jonah has no desire to call out to his God on their behalf to try to save them… At the end of the voyage the pagan sailors have now become God-fearers. God used Jonah’s disobedience to bring some pagan sailors to know Him – how amazing and gracious is God that He can use even our disobedience for His glory!!