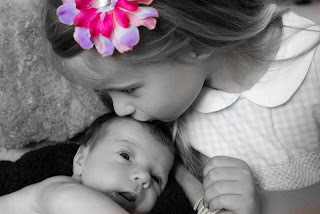 We are doing well. Had a bit of a scare this week that Rina broke her R arm again. We were at my aunt’s house and all the kids were playing in the backyard. Rina walked by the tire swing, accidentally got bumped by it and fell down. She sobbed and sobbed and sobbed. Honestly, Rina’s not a wimp. The girl can take pain and usually calms down pretty quickly when she’s crying. Unless she’s seriously hurt. I began to be really concerned when she wouldn’t calm down. That evening we went to the ER and the xray showed signs of a potential fracture in the R elbow. 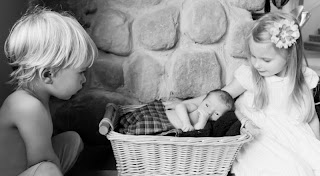 My poor girl 🙁 This would be the 2nd for her R elbow and the 3rd for her R arm overall. They put her arm in a sling and wrapped it. Two days later we saw the specialist. While there are signs of a fracture he doesn’t think this one is actually broken, or if it is it is a minor fracture. He didn’t want to cast her arm if he didn’t have to so we decided to watch it and see. Although her arm is definitely injured she already seems to be doing better with it. She still won’t straighten it and it’s still in the sling but she does use it 🙂 Praise the Lord for His protection 🙂

The pics were taken by a friend of mine – she does beautiful work 🙂 Ali is 4 weeks today!!