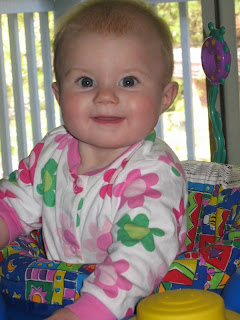 We got the word today – we close on the house tomorrow! I’m excited and a little overwhelmed. We don’t have to be out of our apartment till the end of April so we have a couple more weeks to pack and move but wow, we’re definitely at the end now.

A new baby a new house, things are definitely changing in the VanHaitsma household. A fitting time of year considering that right now until Thursday night the Feast of Unleavened Bread is occurring. It follows on the heels of Passover and often the two are talked of as one but technically they are two separate feasts. One that lasts a meal and the other a week.

According to Scripture there’s a two-fold command – to not eat or even possess anything that has leaven in it, but also one is to eat unleavened bread (Ex 12).

Why did God set up this feast? Did God just feel like making the Israelites eat flat bread once a year? What is the purpose in it? Well, according to one of my profs there really is a point here: Removing the old and beginning anew.

Bread use to be made (and in some places still is) by using a starter batch of dough. During the morning when making your bread you’d grab a little of the dough with yeast already in it and put it aside to add it to tomorrow’s dough and that would add the needed yeast to tomorrow’s dough. Tomorrow you’d do the same thing by grabbing a little dough and putting it aside. In fact on her wedding a day a bride was given a special ‘starter batch of dough’ by her mother.

By telling the Israelites to only eat unleavened bread for one week God in essence made them make new dough and get new yeast. A starter batch with yeast wouldn’t last one week untouched, and the Israelites were not even suppose to have yeast at all in their possession!

What a picture. Imagine you have just been let go of being a slave to Pharaoh and living in Egypt. Now you’re beginning a new journey, a new life, and you have a new master. EVERYTHING is changing and beginning anew- even your bread. Nothing of the old is to remain, it’s to be thrown out completely.

For the believer today it is to be the exact same way. You have changed masters, your old life is dead and gone and you are beginning anew. In fact according to Scripture you are completely a new creation! Nothing of your old life is to remain, not the habits, attitudes, thoughts, words….. Maybe the reason God had the Israelites yearly get rid of the old bread was to remind them yearly – the old is gone, the new has begun. Turn your back competely on what you once were. You have begun anew. Fitting for springtime as well don’t you think 🙂