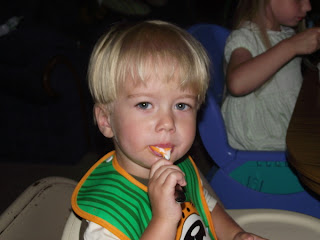 I’m going to blame it on lack of sleep. I chopped Micah’s hair. I LOVE longer hair on guys (sometimes) and I only meant to trim his hair. Whoops. It makes me laugh and cringe at the same time. Of those who have seen it – some say it’s not that bad, others admit I hacked it. Note to self- don’t make big decisions during a lack-of-sleep period… at least that’s what I’ll blame it on 🙂

Micah had his 2 year appt this week. He’s tall and thin. Healthy and doing well 🙂 He adds words every day and I love hearing them 🙂 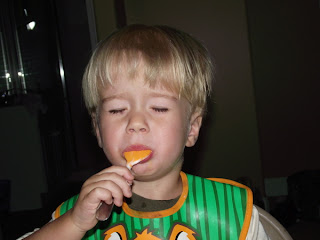 Rina and Ali are doing well. Rina’s use of language continues to amaze me and make me laugh. (She told me she was being crude the other day after hitting her brother). And Ali –  she already looks bigger to me. I love her beautiful blue eyes and sweet smile 🙂

As for my father-in-law, he had his lung biopsy yesterday and had to spend the night in the hospital as he had a partial (minor?) collapsed lung. An unfortunate side effect of the biopsy so not too surprising. Now we just wait for the results…